As a writer your job is to make choices and WRITE THEM DOWN!

Until you write them down you’re thinking, not writing. You become a writer when you make the trip from your head to the page. It’s a short trip, but a scary one.

You can’t try to make the trip, you leap! When you leap, you are writing!

Wasn't that fun? Now you can look back and read it. Because the truth about writing is that while it's usually not as bad as you feared, it also usually needs a rewrite. But don’t rewrite while you’re leaping – you'll fall.

TRIES – Here's a trick that will strengthen your writing without even "trying".

Look over your outline or action descriptions; do you have a character "trying" to do things? For Example: Jen tries to get in the apartment. DO THIS: Take out the word "tries" and go for it – have your character DO whatever it is you described her as "trying" to do. For Example: Jen sticks the key in the lock and it breaks off in her hand. Even a simple, Jen turns the doorknob, it’s locked, is better. And now that she's done something, you can go on and write the next thing your character does. She kicks the door and screams obscenities. She slides down the door in a heap on the floor and cries.

Here's another example. Say you wrote: Brad tries to get money from his mom. Take out "tries" and write what he does: Brad offers to clean the bathroom for $20. Or, if he's more rebellious: Brad steals $20 from his mom's purse. You see? What your character does can be photographed, and we, the audience/reader can see it too. What he "tries to do" is vague – there's no image of him in action yet, it can't be photographed. Cut "tries" and have him do it.

BONUS: STARTS – Use the same trick – take "starts" out of your descriptions. Your character doesn't 'start' cooking, he throws bacon on the grill; she doesn’t 'start' up the stairs, she trudges to the first landing and collapses. Of course, there are exceptions – a character can 'start' the car, as in The Godfather, when the beautiful Apollonia, Michael's (Al Pacino) sweetheart in Sicily, turns the key in the ignition and it blows up, killing her. If you've got something that full of action and story consequence, okay – otherwise, don't 'start' the action, DO the action.

If you use these tricks in your outline I guarantee when you write the scene with dialogue and action it will be more effective for a visual medium and a more exciting read for your reader.

QUIRKY – Have you described a character(s) as "quirky"? Okay, now you need to go back, and go on. Quirky is shorthand; a placeholder. What is it that makes your character "quirky?" How is she quirky? What does she do that would make someone think she’s quirky? Shorthand is okay for someone else to evaluate your character, but your job as the writer is to create the "quirkiness." To do that, you define it. That’s creating a character. And that, my dear sweet creative soul, is you being a writer.

"...when you're writing a television series. You have to write when you're not writing well. I wrote 88 episodes of The West Wing. One of them is going to be your 88th best. And I'm not good enough for my 88th best to be very good." Aaron Sorkin

I make a pumpkin cheesecake every Thanksgiving (which I have to say, is pretty great) and a friend asked if I’d make it for the dessert table at his wedding – flattery will get you everywhere. So I said “For your wedding?! Sure, I’d be honored.” If you’d like to download the whole story and the recipe, click here.

Ellen Sandler, leading TV writing expert and career coach, is the ideal consultant for the writer who wants to break in to the entertainment industry and chart a long, successful career in television. Emmy-nominated Co-Executive Producer of Everybody Loves Raymond and veteran writer/producer of hit television shows, she offers insight and knowledge as well as creative support and guidance for all your writing projects. For more information on how to work with Ellen, click on the blue Services tab above.

Enuka Ocama's "Mad Men" spec got the attention of the Exec. Producers of Rookie Blue. Enuka wrote to me to say...

Harvey Solomon took my class and then did four consulting sessions with me. He's got exciting news and wrote to tell me...

Adam Balsam enjoys all the perks of being a produced screenwriter, one of which is telling me about his new movie! He wrote the screenplay for the animated film Legends of Oz: Dorothy's Return. The cast includes the voices of Lea Michele, Martin Short, Dan Aykroyd, Kelsey Grammer, and Jim Belushi.

"I'm really surprised that more writers don't use a coach to help them perfect their craft. Star athletes like Kobe Bryant use personal coaches all the time to be the best at their game. Ellen's expertise as a writing coach provided me with thorough and insightful feedback on a recent TV Pilot. She's involved throughout the process - guiding and coaching all the way. Ellen is invaluable!"

"Ellen is a brilliant teacher. Every time I meet with her, I'm amazed by her ability to pinpoint what I need to work on to take my pilot to the next level. Her insights and feedback make me excited to get back to work. Honestly, it's hard for me to contain my enthusiasm for her work into just a few sentences - but if you take her workshop or consult with her, you'll know exactly what I mean!" 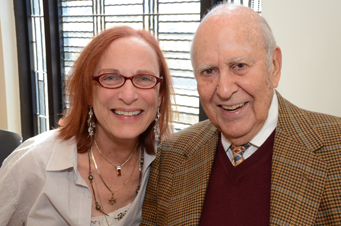 Photo by Elaine Siegel
February 2012 - Ellen, thrilled to appear on a panel with her hero, the legendary Carl Reiner 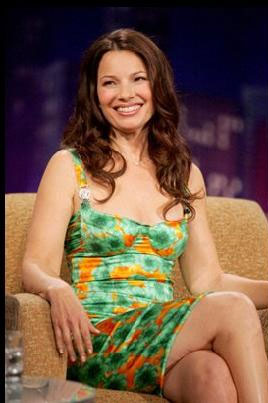 Ellen's got a few things to say, and
you can read them on these sites:

Ellen is an Expert on
"Ask the Expert" at Storylink.com
Click here to read her article - Getting Staffed on a TV Show

Ellen's article on mediabistro.com
What Not To Do in the TV Writer's Room